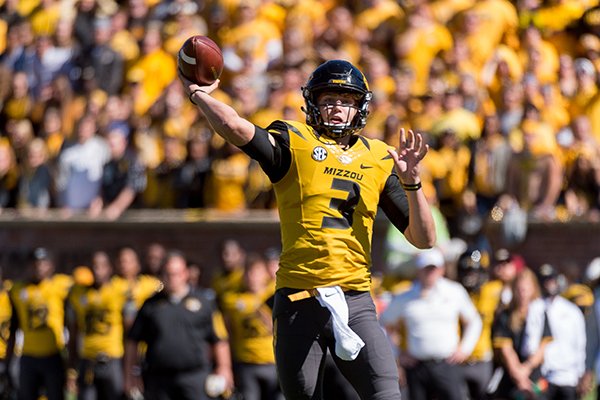 Sign up now to get more info on our 2016 College Football Pick’em Contest!

2015 Recap:  5-7 (1-7 in SEC).  2015 was a rocky season for Mizzou.  They struggled for weeks to get the ball in the endzone.  Then many football players joined the campus wide protests.  Next, Gary Pinkel resigned due to health issues.  The Missouri Tigers football program promoted alum Barry Odom to take the reigns.

So how will they do against this schedule in 2016?  We predict every game on the schedule.

2016 Predicted Record:  5-7.  The shakeups on the coaching staff won’t prove to make much of a difference this season.  The Tigers need an upgrade in talent to contend with the elite in the SEC.  With the SEC East improving with Florida and Tennessee surging back to the top, Mizzou will need to make more upgrades to get back to making a bowl.