Welcome to the 2017 American Athletic Conference Football Preview.  Coaching changes are the biggest story in the AAC this season.  Can the new coaches keep the conference’s best programs on track? 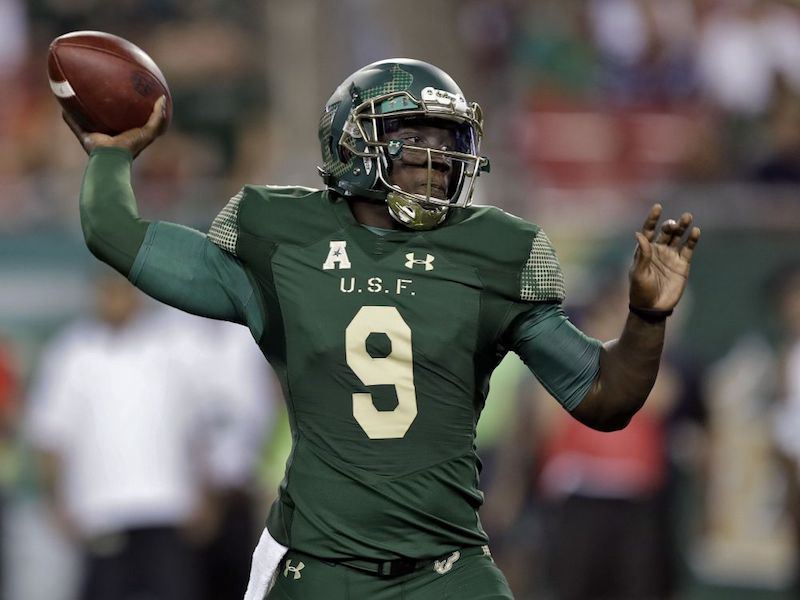 Temple Owls – Geoff Collins takes over the program after Matt Rhule left for Baylor.  The defending AAC Champs have a load of talent at the skill positions but must break-in a new QB.

UCF Knights – Scott Frost coached his team up in year 1 from a winless season to a bowl appearance.  The offense should be more explosive with nine starters back but the defense has some  holes to fill.

East Carolina Pirates – They’re a young team in head coach Scottie Montgomery’s second season.  The schedule gives them a chance at getting a couple home wins in conference.

Cincinnati Bearcats – Luke Fickell takes the program over from Tommy Tuberville.  The defense should be improve and running back Mike Boone returns from injury to carry the offense.  They should be in tight games.  Can they make the plays to become a bowl team?

Connecticut Huskies – Randy Edsall is back running the UConn program.  The Huskies ended 2016 with six straight losses.  Edsall is changing up the offense so it’ll take a while to get things going again.

Tulsa Golden Hurricane – The Hurricane have a favorable schedule that sets up for a run to the division championship.  Running back D’Angelo Brewer should help them break in a new QB.

Houston Cougars – Tom Herman left to coach Texas and Greg Ward Jr. is out of eligibility.  The cupboard isn’t bare.  Major Applewhite steps up from offensive coordinator to become the HC in H-Town.  Kyle Allen, a transfer from Texas A&M, is ready to lead the offense.  With five linemen back, Houston could surprise and make a run to the conference championship.

Memphis Tigers – Riley Ferguson is back at QB to lead the offense.  The Tigers need to find playmakers on defense to improve on their 2016 season.

Navy Midshipmen – The offense has a lot of holes to fill so they’ll lean on the defense early in the season.  They’ve been contenders the first two years in the conference but could take a step back this season.

SMU Mustangs – Chad Morris knows his team needs to make a jump forward this year.  They’ve got experience at the skill positions but if they’re to make a bowl game, they’ve got to improve their defense which ranked 111th in the nation last year.

Tulane Green Wave – 15 starters return from a team that went 4-8 in 2016.  The offense has to help the defense out.  It tied for 104th in scoring last year and has to put more points up to contend in this division.

Sign up to get our College Football Predictions by Email

Make your picks for week 1 of the 2017 College Football season!