Welcome to the 2017 Atlantic Coast Conference Football Preview.  The ACC hosts the defending national champion Clemson Tigers.  We’re predicting a change at the top in a league that should be competitive this year. 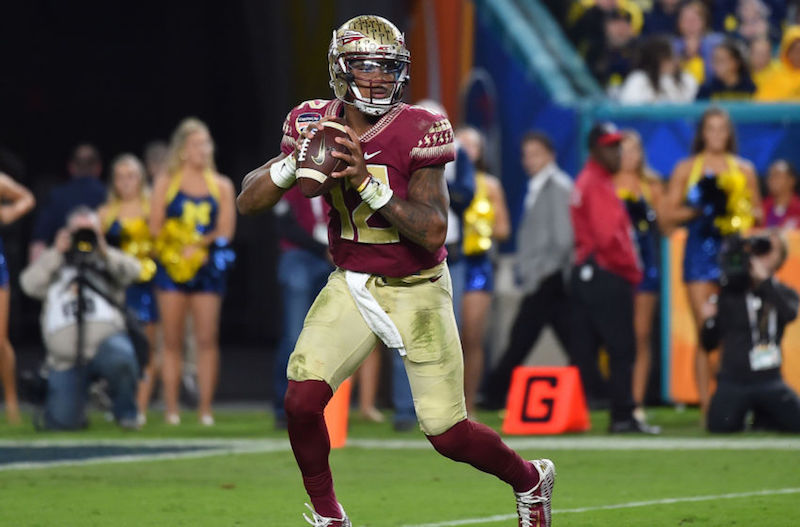 Florida State Seminoles – The defense is loaded.  Deondre Francois is back for his sophomore season at QB and while he’s lost Dalvin Cook in the backfield, freshman Cam Akers has looked spectacular in the spring.

Clemson Tigers – Deshaun Watson is gone for the defending national champions.  Those are huge shoes to fill.  A talented defense should keep them in games but Clemson’s a long shot to make it back to the CFB Playoff.

NC State Wolfpack – Ryan Finley is back at QB with his top target Jaylen Samuels.  Can they win close games this season?  Four of six losses last year were by less than seven points.

Louisville Cardinals – Heisman Trophy winner, Lamar Jackson, is back but he will have some new targets.  The Cardinals need to improve their turnover margin from last season which ranked tied at 107th.

Syracuse Orange – With double digit starters back, the Orange will be a tough game every week.  Their schedule is tough and will lead to a lot of losses.

Wake Forest Demon Deacons – They started 5-1, then closed the season 1-5 before beating Temple in a bowl game.  Can they find consistency?

Boston College Eagles – Questions about who will be their starting QB and that’s of utmost importance for a team that finished tied for 118th in scoring offense last year.  Steve Addazio knows his team needs to show improvement this year.

Miami Hurricanes – Mark Richt looks to improve on his first season back at the U.  He’s trying to find a new signal caller but will have a great running back, Mark Walton, and experienced offensive line to carry them.

Georgia Tech Yellow Jackets – They’ll have a new starter at QB but return everyone at the skill poisitions.  The defense should keep them in games until the new QB gets the option rolling.

Virginia Tech Hokies – Justin Fuente won 10 games in his first year with the Hokies.  The defense should be strong again this season but they’ll start a QB with 0 college starts.

Pittsburgh Panthers – Max Brown, a QB transfer from USC, will be in charge of running a top 10 scoring offense from last season.  If the scoring defense can do better than last year, this Pitt team should be in the division race.

North Carolina Tar Heels – Brandon Harris, QB transfer from LSU, will have a big void to fill as nearly all of the Heels offense is gone from last season.  Larry Fedora has always had a good offense but this year his defense might have to keep them in games until the offense gets going.

Virginia Cavaliers – It’s a rebuild for Bronco Meddenhall at UVA.  If the O-line can come together to give the offense a chance at some plays down the field, they could be competitive.  The defense has several starters back but it’s got to play better than last year.

Duke Blue Devils – The schedule is brutal for the Blue Devils.  They’ve got young talent but the offense has to be better than it was last year when it was tied at 110th in scoring.

Sign up to get our College Football Predictions by Email

Make your picks for week 1 of the 2017 College Football season!