The 2019 NFL Draft is here! Live tonight from Nashville, the first round of the NFL Draft will happen live on ESPN beginning at 8 PM ET.

Here’s my best guess for what each team should/will do in my 2019 NFL Mock Draft.

Sign up for SportsFormulator’s Weekly Football Email with Picks, Predictions and more!

The Birds were bad last year and fired their coach after just one season.  The new sheriff in the desert is Kliff Kingsbury who should bring in his high powered spread offense.

Jimmy G got injured and missed most of the season last year.  He could use more weapons on the offensive side of the ball but there aren’t many worthy of taking second.  There are several defenders that could become elite so the Niners improve their pass rush.

The Jets need help all over.  However, they acquired Le’Veon Bell this offseason and bring back second year QB Sam Darnold.  It’s time to look at the defense and take someone who could become a force off the edge.

The Raiders struggled in Jon Gruden’s first year back.  This is the first of three first rounders in 2019.  With reigning MVP Patrick Mahomes and future Hall of Famer Phillip Rivers still in the division, they’ll address the defense early in this draft.

New coach in Tampa, Bruce Arians.  Is this Famous Jameis’ last season with the Bucs?  They could look to draft a QB here.  I think they have to look for value and draft a difference maker.  Don’t be surprised if Tampa doesn’t trade down to a team wanting to move ahead of the Giants to draft a QB.

Do they find the successor to Eli Manning at 6 or do they go for an impact player in 2019?  After two disappointing seasons I’ve got to think the G-men are going to look for someone who can start open day.  I think they’d be wise to move down and collect picks.

The Jags brought in Nick Foles this offseason at QB.  Can they get him a weapon here?  It might be a stretch but a TE is coming off the board at 7.

The Lions need a pass rusher.  They can pick one up from the Wolverines.

They’ve been adding weapons for Josh Allen this offseason.  I think they’ll still go after another WR but it’ll be later in the draft.  They go with the best defensive lineman available

Even though they acquired Joe Flacco this offseason, QB could be an area John Elway addresses here.  I think corner is the biggest position of need for the Broncos.  Elway will roll the dice on another first round QB.

Will the new HC get Aaron Rodgers a new weapon?  I think the Packers could move back and add picks.  This is a good spot for a team wanting to move up and draft a QB in front of the Dolphins.  I’ll assume the Packers stay here.

With only one QB off the board here at 13, the Dolphins should be ecstatic.  They get to draft a QB without having to use any other picks to move up.

The Falcons need help on defense.  With Drew Brees still carving up NFC South defenses, I think they look to the secondary and get a playmaker.

After the brutal leg injury to Alex Smith last season, the Redskins need to find a new signal caller. They get an accurate arm from the Buckeyes.

Cam Newton needs to stick in the pocket.  The Panthers simply can’t afford to have him take much punishment week after week.  Offensive line is addressed here with the sixteenth pick.

The Giants address the offensive line with pick six.  With the pick they acquired from trading Odell Beckham Jr to the Browns, they draft his replacement.

The Vikings were a disappointment last season missing the playoffs despite bringing Kirk Cousins in at QB.  They get the centerpiece of their offensive line here at 18.

Can Tennessee find a go to receiver for Marcus Mariota?  They’ve tried several times but are lacking a playmaker.  They take a chance on a TE here.

With Antonio Brown off to Oakland, the Steelers need to get a new receiver for Big Ben. 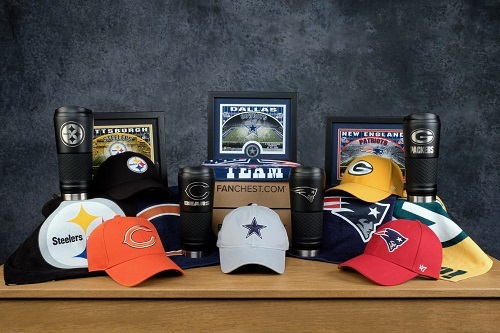 Seattle has two first round picks thanks to trading DE Frank Clark to Kansas City earlier in the week.  They can use this pick to draft a winner and a force off the edge.

Baltimore was a playoff team last season with one of the league’s most boring offenses.  They have to develop a passing attack if they want to be Super Bowl contenders.

Giving up 62 sacks is an issue that must be improved.  The Texans bolster the O-line here.

The second of three first rounders for the Raiders.  They draft DL with their first pick.  The Raiders still look to address the pass rush.  They go with a guy they can pair up to Quinnen Williams to get pressure on the QB.

Not many holes on the roster as the Eagles are just one season removed from a championship and won a playoff game last year.  They take the best available to fit a need here

The Colts were division winners but the loss in Kansas City in the divisional round showed they need more playmakers to be a Super Bowl contender.  They take the best player on the board at 26.

The Gruden/Mayock duo has their third first rounder here at 27.  After two defensive picks, they look to the offensive side of the ball.  Protection of Derek Carr needs to be improved.

The Chargers won a playoff game last year but against fell to New England the next week.  They have a great rush from the edge.  Now it’s time to address caving in the pocket.

It’s time for the Seahawks to build a new Legion of Boom.  Several safeties will be available here.

With Clay Matthews gone, this is a good spot to look for his replacement.  Luckily there’s someone in that mold available.

This pick is probably going to be traded as the Rams look to add picks.  If they stay here, offensive line is a need or wide receiver.

The Champs like to trade down.  A good chance a team will want to trade up here.  If the Patriots make the final pick of round 1…

Get data driven NFL predictions all season long from SportsFormulator.com.