We’ve reached the final week of the 2016 college football season and the conference title match-ups have been set.  We’re just a week away from knowing who makes the college football version of the Final Four.

Based upon our week 14 college football predictions, we see three teams winning their conference championships.  Alabama (SEC), Clemson (ACC) and Washington (Pac-12) are locked in as playoff teams.  The fourth spot is the one left to be decided.

The fourth team has to come from the Big Ten.  With the Ohio State victory at Oklahoma, the Big Ten should get this final spot in the College Football Playoff.

How ridiculous is it for a team to qualify for the playoff that can’t even win it’s own division in a conference?

That makes the Big Ten Championship of utmost importance to the committee.  The winner of Penn State vs. Wisconsin should get an invitation to the College Football Playoff. 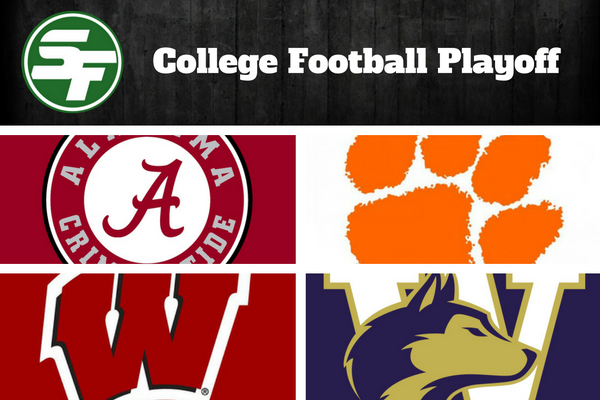